CST Consultants was founded on the principles of loyalty, trust, honesty and integrity. Our team understands how important your trust is in a contractor which is why we always strive to earn trust and deliver top-quality results no matter how large or small the project is.

Over the years we’ve built a strong reputation as a leading home improvement company in Montana and receive many repeat clients which is due in large part to our commitment and dedication to quality workmanship and unmatched professionalism. We specialize in all things home improvement from kitchens and bathrooms, to additions and more. We take care of all of the design and construction work while subcontracting additional services like plumbing and electrical work to trusted contractors that we have developed a positive relationship with.

Our Company Background and History

Steve Sirois is the founder and president of CST Consultants. Steve grew up living between Pennsylvania and Maine as a Third Generation New England Craftsman. He learned his skills from his family, friends and as an Apprentice working on the East Coast from an early age. Steve dappled in other interests but always returned to his creative side.

In September, 2001 Steve joined the US Army and served with the 82nd Airborne in Afghanistan and Iraq. During his deployments, Steve continued to utilize his craft by designing and building shower and housing facilities (in his free time) for soldiers in Iraq. He received the bronze star for his part in supporting the U.S. Army while overseas.

After returning from service in 2005, Steve met his future wife, Christine. Shortly afterwards they relocated to Nevada, where Steve again turned to his skill and love for craftsmanship. He began to complete small projects and renovations for friends, community members and expanded to contracting with local businesses.

At the beginning of 2007, they decided to incorporate and with the confidence of two investment partners, became CST Consultants, LLC.

At the end of 2007, Steve and CST Consultants, LLC relocated to Emigrant, Montana where they have been working hard to earn a place among the Trusted and Respected Master Craftsman/Builders living and working in Montana.

In addition to being Steve’s wife; Christine also works behind the scenes at CST Consultants, LLC. She provides the accounting and financial support; payroll, accounts payable/receivable and human resource duties for the company.

Christine has many years of experience and education working in small business. She earned a Bachelor’s Degree in Criminal Justice in 1995 and Master’s Degree in Business; Organizational Management in 1998. Christine worked as the Operations Manager of a behavioral health agency in Phoenix, Arizona while getting her Master’s Degree, and in 1998 with a partner opened her own small business. Christine owned and operated Behavioral Health Group homes in Phoenix from 1998-2003. In 2003, Christine sold the majority of the business to two employees; however continues to work as a consultant providing administrative and financial services to the business.

Steve and Chris both love Montana. While Chris had been coming to the area for years, shortly after they met she brought Steve to Livingston on vacation. From then on, all their work went into being able to live and work in an area as beautiful as Paradise Valley, Montana. They now live in Emigrant with their many animals. 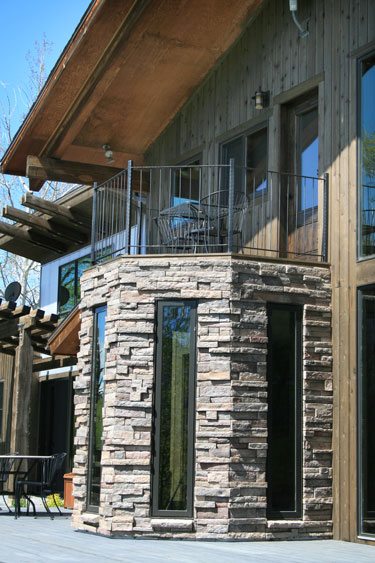 Let us Transform Your Home

Don't put off what seems like a pesky remodeling project when you have professionals like CST Consultants at your disposal. To learn more about our services or to request an estimate or consultation, fill out this form to get in touch with us.